When you think of Scandinavian cuisine, how often do you think vegetarian?  I associate Scandinavian food with seafood and desserts.  I was pleasantly surprised to find a wide range of vegetarian salads and sandwiches when I stopped by Scandi(navian) Kitchen in Marylebone / Fitzrovia for lunch.

ScandiKitchen sells groceries and freshly made gourmet Nordic food just off of Oxford Street.  At lunch, ScandiKitchen is a busy place – there is a queue to choose salads, open face sandwiches and desserts.  Once you choose what you want to eat (plate of 3 or 5) and pay for it, you take your food to a table where you can find a spot to sit at (can be quite the challenge at lunch time, but it’s not too bad). Tables are for communal seating and you are bound to find a spot quickly as long you are not in a large group.  There is additional seating downstairs and the Scandinavian items are sold at the back of the cafe.

Scandikitchen’s daily soup is always vegetarian.  Although the dishes are pre-made and served cold, they are full of flavor.  There are a few hot dishes – hot dog with Scandi topping, and Swedish meatballs – neither of which I tried.  The specialty at a Scandinavian place is perhaps pickled herring – I skipped this as well.  (See the post called Raw Herring about catching the first herring of the season).   ScandiKitchen tries to cater to guests that might want gluten free dishes with its one dessert – a gluten free orange and chocolate brownie.

The soup of the day was a carrot butternut squash soup.  It was slightly savoury and not too sweet – perfect for the cold day that it was

Carrot and Butternut Squash soup at Scandinavian Kitchen in London

We got a plate with 3 items for each of us.  All dishes were simply too good to not eat devour and were not too cold to eat either.  My favorite was the cauliflower with rye kernels, cheese, parsley and celery.  The egg salad with watercress and red onions and chives was a close second.   The sweet potato with rye kernels and tarragon had too much tarragon for my liking, but my friend enjoyed it.  The pizza salad (such a unique name!) reminded me of pizza only because of the oregano on the raw white cabbage – very fresh and crispy for a cabbage salad 🙂

Cauliflower with  rye kernels, cheese and herbs at Scandinavian Kitchen in London 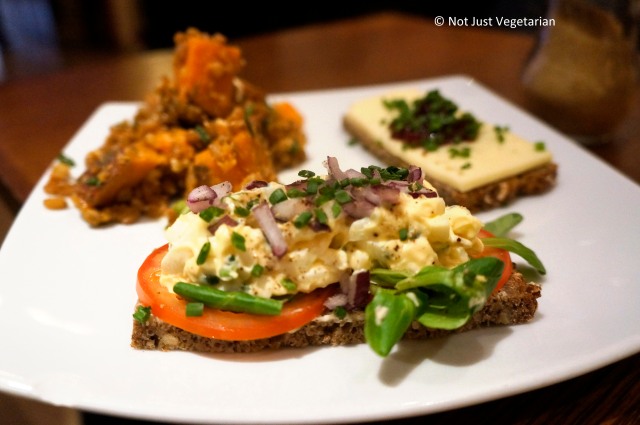 Egg salad with watercress, red onions and chives in bread at Scandinavian Kitchen in London

Mature cheddar with chutney at Scandinavian Kitchen in London 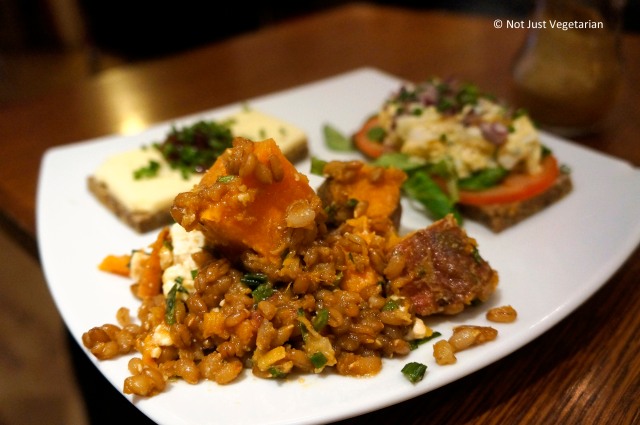 These are some pictures of food that we did not eat – the beetroot and apple salad and the new potatoes with chives.

Apple and beet salad at Scandinavian Kitchen in London 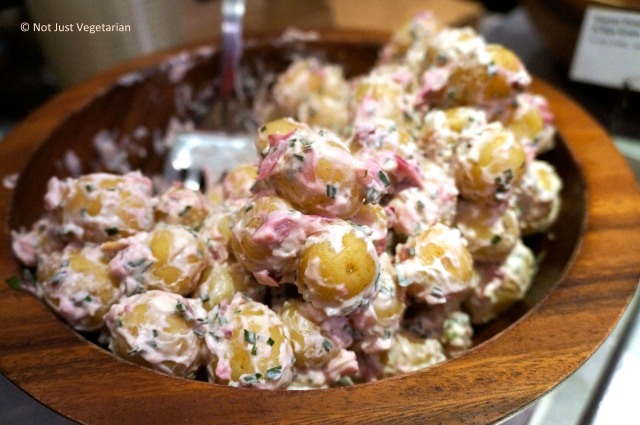 New potato salad with chives at Scandinavian Kitchen in London

Loved the Swedish Love cake (chocolate sponge cake with coffee and coconut icing) – with such a name and with such looks, it was hard to resist 🙂 Not a crumb was wasted! 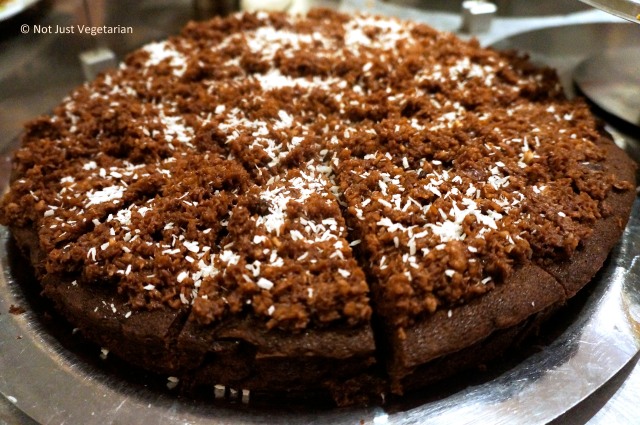 Overall, I was very impressed with the wide range and delicious flavour of vegetarian items at Scandinavian Kitchen.  Tell me please,  are there other Scandinavian cafes / restaurants in London that serve great vegetarian dishes?